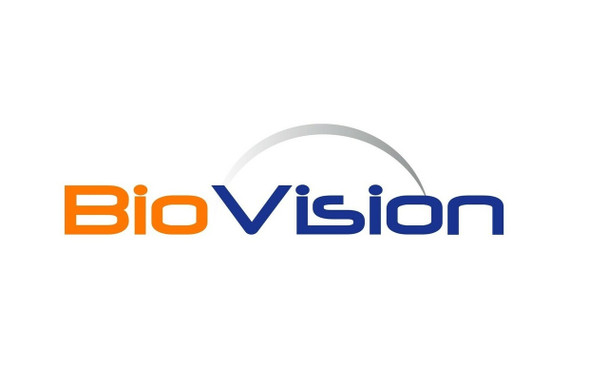 Aldo-keto Reductases (AKRs) are a superfamily of NAD(P)H linked oxidoreductases which contains more than 190 members. A complete listing of AKR superfamily can be found at: https://www.med.upenn.edu/akr/. The common function of AKR superfamily is to oxidize/reduce aldehydes or ketones to their corresponding primary or secondary alcohols. Due to their broad substrate specificity, AKRs play roles in intermediary metabolism, biosynthesis and detoxification. In humans, the AKRs are not only involved in carbonyl metabolism, but they also regulate signaling through nuclear receptors which leads to chemical carcinogenesis. Many studies demonstrate increasing expression of AKRs in cancers such as lung, liver and colon cancers. BioVision’s EZDetect™ Aldo-keto Reductase Activity Assay Kit provides a convenient tool for sensitive detection of AKR activity in a variety of samples. In this assay, AKR acts on a general substrate and converts NADP+ to NADPH. This NADPH reacts with the AKR probe and generates color. This color is proportional to the activity of AKR in the sample. This kit can detect AKR activity as low as 0.001 mU in samples and has been validated with AKR1B10, AKR1C1 and AKR1C3. Further tests are in progress for other members of the AKR family.

Summary: Simple and Ultrasensitive assay to colorimetrically measure as low as 0.001 mU of AKR activity.

MSRP:
Now: €630.00
Was:
Adenosine Triphosphate (ATP) is a derivative of adenosine nucleotide that contains a large amount of biochemical energy stored in its high-energy phosphate bonds. ATP releases energy when it is...

MSRP:
Now: €740.00
Was:
Beta-Lactamases (βLs), are a large family of hydrolases comprising more than 850 identified members expressed in Gram-positive and Gram-negative bacteria. βLs can be classified according to their...

MSRP:
Now: €601.00
Was:
Glucose (C6H12O6, FW: 180.16) is delivered to the cells from the blood stream as the primary biological fuel to generate the universal energy molecule, ATP. Even though human body has evolved an...

MSRP:
Now: €688.00
Was:
Glycogen is a branched polysaccharide, made of glucose units that serves as the primary source of energy storage in animals. Most of the glucose residues in glycogen are linked by α-1,4-glycosidic...

MSRP:
Now: €589.00
Was:
Abnormal high concentration of lactate in blood has been related to many important diseases such as diabetes and lactate acidosis. Elevated Lactate concentration in blood is also associated with...